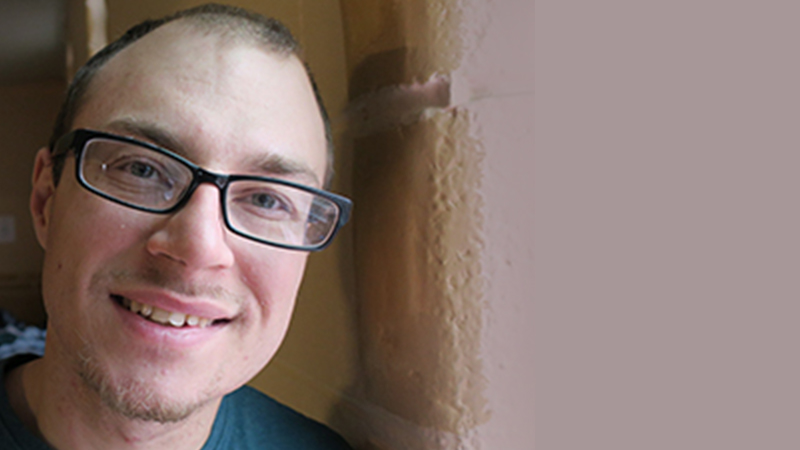 When we first met Andrew, he had lost everything. His marriage, job, car, savings. And all hope.

Desperate to rebuild all that was broken in his life, he followed the counsel of a friend who said Detroit Rescue Mission Ministries (DRMM) is a place where new beginnings happen every day. He took a train that got him as far as Ann Arbor, but from there he walked all the way to the Mission!

Andrew shared, “I had heard that DRMM is really good at helping people, so I came here.”

He went on to say, “I did a lot of praying that I could find a place to stay and a place to eat. That I could start over and succeed. See, I had a great job in Chicago. I ran two bagel stores, and worked about 70 hours a week,” he says. “I went from being on top of the world all the way to the bottom in a month. I lost everything in the divorce.

Andrew’s greatest encouragement though has been his renewed faith in God.

I want you to know that today, Andrew is feeling focused and renewed because of YOU. Your gifts helped turn his life around! Within just a few weeks of arrival, he had already received a managerial job offer at another bagel store and is planning carefully to regain his independence.

Andrew says his new philosophy is Philippians 4:13. “’I can do all things through Christ who strengthens me.’ It’s what I live by.”

Every $1.95 meal you give now can open the door to another transformed life, like Andrew’s! Please partner with us to bring hope and healing when it’s needed most!