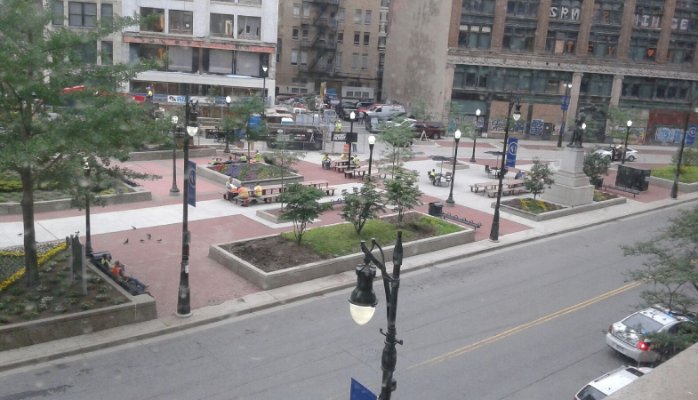 It was just yesterday that I read the heart-warming story of Svante Myrick, the 28-year-old mayor of Ithaca New York.

Being mayor of a mid-sized American city like Ithaca – which is home to Ivy League Cornell University – is no paltry feat. He’s the city’s youngest and first African American mayor since its naming in 1804. But what made his story particularly appealing to me was the fact that this notable achiever used to be homeless.

Myrick was born into lack and misery, and while growing up in New York, poverty kept him company. As a recent upworthy.com profile on him revealed, “After he was born, his mother came home from the hospital to find a red eviction notice tacked to the door. The family slipped in and out of homelessness, living in shelters and spending a few nights sleeping in the car.”

They had to make do with food stamps from the government and free food, shelter and other services from nonprofit organizations like mine.

The future must have looked so bleak for Myrick. Understanding human nature, it is not hard to imagine how some callous individuals must have mocked and maltreated his family. Sadly, some humans tend to cast every poor family in the descriptive dungeon of indolence and ignorance.

But Myrick’s single mother was hard working. She worked a number of jobs to raise her four kids. And the harder she worked, the harder it was for her to make ends meet. Given the living conditions of the family then, it is safe to say there was nothing to suggest Myrick would one day be an alumnus of Cornell University and mayor of Ithaca.

Look at him now – a resplendent reference point in personal transformation. I won’t be surprised if he occupies an elective position in Washington DC in the near future.

His current and future success is traceable to an early realization that change doesn’t grow effortlessly like weeds. He must have realized he had to take his future by storm. What informed my conclusion? He set his eyes on Cornell University and worked four jobs to fund his education there. In my dictionary, that’s called DETERMINATION.

So, this year, make sure you always wear your determination hat and never forget that determination without meaningful effort is empty.
Jesse Owens put it best thus, “We all have dreams. But in order to make dreams come into reality, it takes an awful lot of determination, dedication, self-discipline, and effort.”